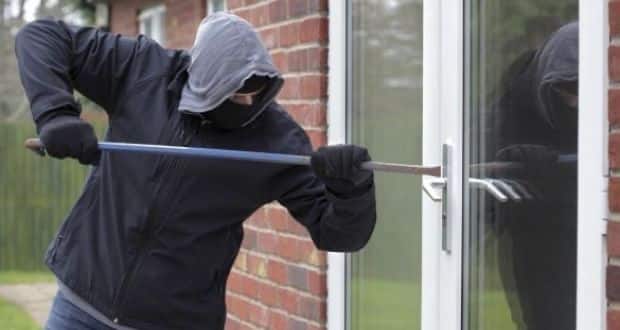 What are the secret codes that burglars use to mark houses

Every so often, there are stories in the media about a ‘secret code’ that burglars use to flag up houses to each other that have good potential for burglary – but are these stories true, and what can homeowners do to stay safe?

Most people will be familiar with the story by now: burglars in an area have been leaving symbols written in chalk outside people’s houses – such as on walls, lampposts, curbs – as information for fellow thieves so they can burgle the house. Each symbol – which looks a bit like the ones you get in washing instructions on clothes – means something different, from whether the occupants of the house are vulnerable to whether there is a security system installed or if the property has been burgled before.

The stories have been of sufficient concern that several police forces around the country have issued warnings about the symbols – dubbed by one wit as ‘da Pinchi Code’ – in recent years.

However, others have debunked the story, saying the symbols have a much more innocent meaning, and are left by utility workers to signify things like a broken curb or that a manhole needs to be moved, ahead of repairs being made.

What should also be considered about this story is that most burglars work alone. If they see a house with good potential, why would they flag it up to any other burglars operating in the area? Surely they would just make a mental note and then come back to it themselves at a later date?

Whatever, it seems like the ‘da Pinchi Code’ is, like the Dan Brown book it takes its name from, fictional. However, that doesn’t mean that burglars don’t leave symbols outside target homes – just not a special codified set that most people are now aware of.

Signs to look out for

So if you do see an odd symbol written in chalk on the pavement outside your house, or on a nearby lamppost or wall, what do you do?

First of all, take a picture of the marking and make a note of when you first saw it. Then call your local council to find out if there are any planned road or utility works in your street, or if there have been any recently.

If not, then wash away the chalk mark and call the police’s 101 non-emergency number and report it. It is worth then being a little extra vigilant and watching out for any strangers walking up and down the area. Talk to your neighbours and ask if they have seen anything out of the ordinary recently.

Another warning sign to look out for is if you find sticky tape over the lock on your front door. This technique has been known to be used by burglars and the idea is that if the tape is still in place when they come back the next day, it means the house is currently unoccupied and therefore a promising target for a burglary.

If you do find this on your door lock, then, once you have taken the tape off, call the 101 number to alert the police that burglars are operating in your area. Warn neighbours too – they may have had something similar happen in recent days or can look out for it in future.

However, there are ways that homeowners can leave unwitting signals to burglars about their home – but they can easily be avoided too.

For example, don’t leave packaging from newly bought expensive items on show, such as next to a bin. That is just advertising to any would-be burglars that there are items worth stealing in this house.

Likewise, when you are out, keep valuable items such as tablet devices or jewellery out of sight – so any prying eyes looking in through the window cannot see anything of value to steal.

Also, garages and sheds can be vulnerable points of entry. Make sure that they are secured with heavy duty padlocks that cannot be easily cut with bolt-cutters. Generally, the less of the ring that can be seen in a padlock, the more difficult it is to cut and the higher security it is.

There are also signals that homeowners can give to put off burglars. For instance, a burglar alarm is effective. Even just having the casing for the alarm on the outside of the house can be enough to put some thieves off – speed is of the essence for burglars and having to deal with an alarm will slow them down as well as draw attention if they were to set it off.

Likewise, CCTV cameras, placed conspicuously around the perimeter of your home, can help to put burglars off. No burglar likes the thought of being caught on camera, and with high-definition cameras now the norm, there is a much better chance of getting a clear shot of whoever is trying to enter the house.

Similarly, security lights can be an effective weapon at putting burglars off. All burglars like to operate unseen in the shadows, so suddenly being bathed in light is the last thing they want and can put some off from even trying to break in. Security lights can also help you when you return home at night and offer security there too.

If you have seen any symbols or are just concerned about your home security in general, then you can ask Inta-lock Locksmiths in Peterborough to come and conduct a security review of your home. Our experienced locksmiths can give expert and impartial advice on what you need and recommend products to buy. Our locksmiths are also experts at installing all types of locks and security devices.

Call one of our friendly team on … or email … to book a review. Inta-lock Lockmiths can provide quotes for any locksmith work that is competitive with any other locksmiths in Peterborough and the surrounding area.