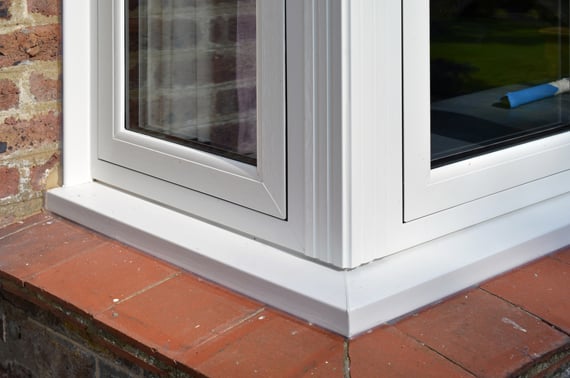 Everyone wants their home to be as secure as possible, so when planning your home security options, it is important to focus on the windows. Windows are an obvious place for burglars to target, mainly because they can offer easier access than doors. But there are plenty of ways you can make your windows more secure and deter any would-be burglars.

It is worth spending a little on installing a good window lock, because this can make all the difference in terms of security. There are a wide variety of window locks on the market to choose from.

For instance, there are multi-point locks, which bolt the window in the frame and secure it at several points, which is effective against forced entry. There are also shoot bolts, which are usually made of steel and are installed at the top and bottom of the window to secure it into place.

Even an obvious, bulky lock can act as a deterrent for an opportunistic burglar.

Modern windows, especially uPVC ones, tend to come with good locks already installed, but it always worth adding security if you are worried.

It might sound obvious, but windows should be kept locked at all times unless they are being opened. You would be surprised how many people forget to lock their windows once they have been closed. All it does is make the would-be burglar’s job extremely easy.

There are several ways that glass can be reinforced to make it stronger. You can buy toughened glass – also known as tempered glass – which has been superheated and then rapidly cooled and is up to five times stronger than regular glass. While it isn’t unbreakable, it does take more effort – and noise – to smash and can bring attention to any would-be burglar trying to break it.

Another option is what is often called safety glass. Here, a layer of vinyl has been inserted between two regular panes of glass, which means that it won’t smash into pieces if hit like regular glass does. In order to break it, any burglar would have to hit it repeatedly, which again would create lots of unwanted noise.

Having window bars or grilles means that even if a burglar can get a window open, they won’t be able to get into the house. This will help to deter opportunity burglars too if they can see there isn’t an easy point of access. There are many types of bars and grilles on the market, some can be quite aesthetically pleasing so not only will they provide security, they also enhance the look of the property.

However, the downside of installing bars or grilles is that it means that people cannot escape through them in an emergency such as a fire. So you will need to consider this carefully before you install any bars.

Make sure window frames are secure

Window frames can also be a weak point in terms of security. Wooden frames can deteriorate and rot over time if they aren’t looked after properly. A broken or rotten window frame can be used by a burglar to forcibly open a window.

There are a range of window alarms on the market today, which work by having a circuit that, if it is broken – generally by the window being opened – will set off a loud alarm. These can be inexpensive – starting at about £20 – and can be DIY installed. Many are now wireless and can alert you by text message if it is tripped. They can also be de-activated remotely if it is a false alarm.

Sash jammers are a cheap but effective way to give some additional security to uPVC windows, as well as wooden and composite doors. The sash jammer stops a window from opening if the lock is bypassed by a burglar.

There are various types of sash jammers on the market, some more secure than others. The most secure ones are those that bolt through the window frame and can be operated from the outside and locked. It is worth asking a locksmith to fit these if you are not confident in such matters.

Sash jammers are available from most DIY stores and prices for a good one start at about £10, although obviously it will cost more if you get a locksmith to install it – but that is more of an investment, if it stops a burglary happening.

Window restrictors are exactly what they sound like – they restrict how far a window can be opened. These are often found in hotels and are often used as a safety device to stop people falling out of the window. But they can also help with security as it means a window cannot be opened far enough for a burglar to get through – as long they can’t be unlocked from the outside, so be careful to ensure that they cannot be.

Burglars operate in the shadows, so anything that shines a bright light on them will be effective. Motion senor-operated floodlights, which switch on when anyone comes within a certain distance of your home are a popular and relatively inexpensive security measure and many DIY stores have floodlights available.

If you are unsure which security measures to install in your windows, then it is always worth seeking professional advice. Locksmiths such as Inta-lock Locksmiths in Peterborough are experts in everything to do with window security and can provide in-depth and impartial advice to customers. In addition, if you do decide to install extra window security, then the locksmith will be able to source the equipment and install it.

If you follow these tips, then your windows will be as secure as possible. While nothing is ever 100% burglar-proof, it will help to foil any would-be burglars and put some of the more opportunist ones off, as well as giving you peace of mind.

If you are interested in finding out more about window security, call Inta-lock Locksmiths in Peterborough on … or email … and one of our friendly team will be only too happy to help.